If you are from the outside of the European Union, most likely you will need a permit to live and work in Spain. But, if you are an EU citizen and you are planning to settle in Spain… Lucky you! Because, as there is almost no paperwork required, you will not have to punish yourself with all that bureaucracy.

Spain opened the borders of its labour market in 2003, allowing that way the entrance in the labour market of the country (without any work permit) to all the EU and Suisse citizens. The only exception are the Romanians, that since 2011 must prove that they actually have a job offer in order to get an special work permit.

Due to the Schengen Agreement, all the EU members plus Norwegians, Icelanders and Suisse people can travel around without boundaries. But it is slightly different when it comes to live in a foreign country. 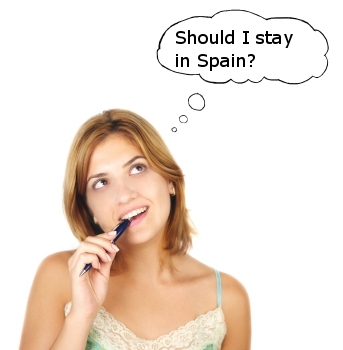 There you will be issued with a printed paper which will be your Residence Certificate. It includes your name, address, nationality and NIE (Foreign Identity Number, or Número de Identificación Extranjeros in Spanish language) together with the date of registration.

Once you have a valid EU citizen resident card there is no further need, and it works the same as the permit that every Spanish citizen has, which only will bother you when renewing it after expiry.

In 2012 the Spanish Government, changed the law so all the EU/EEA and Suisse citizens have to show some evidence of financial support for themselves and dependants.  Apart from that, having a private or public healthcare insurance will we required too.

Workers and self workers

Job seekers have 3 months to get a job. With that aim, they can register in the Servicio Público de Empleo Estatal (SEPE) where they will find help and advice. If after those 90 days, you did not get a job yet, it is possible either to ask for extra time or leave the country and come back to have 90 days again.

When getting a job, employed workers have to show their contract in order to get the Resicende Certification if they could not prove financial support before. As all Spanish citizens do, foreigners need to obtain a certificate of employment containing all the details of the company, tax identification and Employer’s Social Security Number.

On the other hand, self employed workers have to register in the following institutions before starting to carry out their work.

Note: the legal age to begin working in Spain is 16.